The newly established Network was promoted in local news on November 27, 2021

Climate service providers, researchers and resource managers created the Caribbean Drought Learning Network, a peer-to-peer network aimed to share knowledge and strengthen collaboration and communication in the study and management of drought in Puerto Rico and the Virgin Islands.

The initiative was launched by the U.S. Department of Agriculture’s Caribbean Climate Hub, whose director, William Gould, said that although there are already several groups working on drought issues in the region, “there is no general framework to facilitate exchange among them, and that is the purpose of the network.

The Scientific Committee on Drought (which advises the Executive Branch of Puerto Rico) and the USDA’s own Caribbean Climate Hub are two of those groups “among which there is a disconnect,” even though they have members in common, Gould admitted.

“The other issue that motivated us was the drought in the southwestern United States, which has been going on for several years and the Southwest Climate Hub started a learning network in the region. We saw our situation and thought it would be good to have that general framework here,” the ecologist added.

Gould explained that the role of the USDA Caribbean Climate Hub is not to direct the work of the Network, but to “help with structure, facilitate communication and provide meeting space” for members to achieve one main objective: to produce and share information on lessons learned and needs in drought preparedness, response and recovery in farms, forests and rural communities.

In the long term, the goal is to reduce the vulnerability and costs of drought, while improving resistance and resilience in farming and forestry operations, he said.

Eva Holupchinski, coordinator of the Caribbean Climate Hub, said that prior to the creation of the Network, they circulated a survey among potential members and “there was a consensus that it would bring value and facilitate communication among entities.

“From there, we decided to launch the network, and the idea is that we will have regular meetings to continue to map out and achieve objectives. The first meeting of the Network was in October and several working groups were created,” added Holupchinski, who is an environmental scientist.

“Primary goals or interests were set, and they may morph over time. There will be leaders in each group that will help coordinate and we will have regular meetings to update the goals and the activities that are being done. From those meetings, we plan to come up with specific dates to achieve the goals,” she said.

Gould and Holupchinski agreed that, in the face of forecasts of a hotter and drier Caribbean due to climate change, the work of the Network takes on greater relevance. 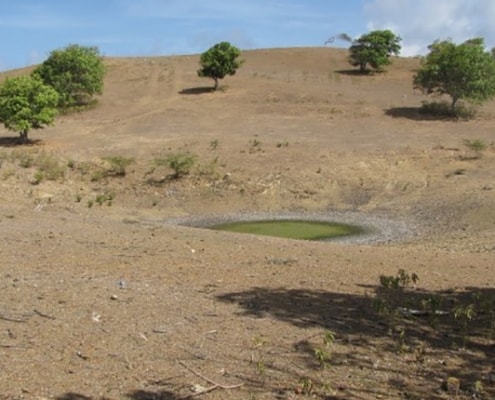 For more information on drought, check out these resources:

USDA is an equal opportunity provider, employer, and lender.

We are hiring!
Scroll to top